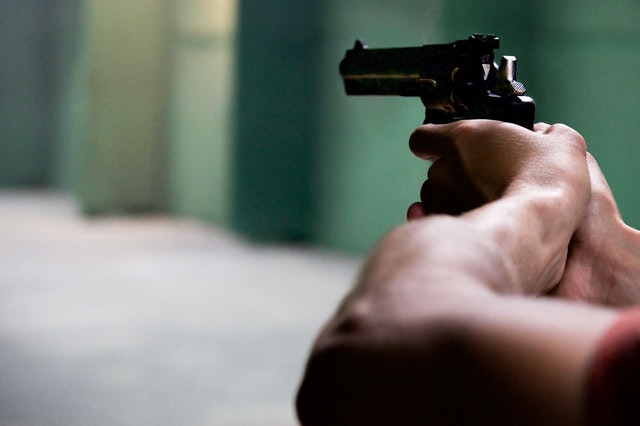 Gun ownership is strictly controlled in Canada. The possession and trafficking of firearms can result in severe penalties including fines and prison time. From carrying weapons while attending public meetings to weapons trafficking, there is a wide range of weapons offences, and penalties can vary dramatically.

Having an experienced lawyer is important if you need to navigate through the judicial system including understanding your constitutional and Charter rights. A weapon and a firearm are defined as follows.

What is the definition of a weapon?

Weapons are typically thought of as guns or firearms, knives, and baseball bats. A weapon, however, can also be an everyday object, such as a bottle, or even a stick, if it is used or intended to be used in a threatening manner.

What is a Firearm?

A firearm is defined as follows in Section 2 of the Criminal Code of Canada:

A barrelled weapon from which any shot, bullet or other projectile can be discharged and that is capable of causing serious bodily injury or death to a person, and includes any frame or receiver of such a barrelled weapon and anything that can be adapted for use as a firearm.

An air pistol may be found to be a firearm if the air pistol is able to fire a projectile at a high feet per second velocity, provided that the projectile is capable of causing serious bodily injury to or death of a person.

The following lists some of the various weapons related offences as defined by the Criminal Code of Canada:

Careless Use Of A Firearm:

86 (1) Every person commits an offence who, without lawful excuse, uses, carries, handles, ships, transports or stores a firearm, a prohibited weapon, a restricted weapon, a prohibited device or any ammunition or prohibited ammunition in a careless manner or without reasonable precautions for the safety of other persons.

Unauthorized Possession Of A Firearm:

(a) is guilty of an indictable offence and liable to imprisonment for a term not exceeding five years; or

(b) is guilty of an offence punishable on summary conviction.

Possession Of A Prohibited Or Restricted Firearm:

(a) an authorization or a licence under which the person may possess the firearm in that place; and

(b) the registration certificate for the firearm.

Possession Of A Firearm With A Serial Number Defaced:

99 (1) Every person commits an offence who

(a) manufactures or transfers, whether or not for consideration, or

How can you defend a weapons charge?

Carrying or using a gun or a weapon can be a criminal offence in itself. It can also enhance the seriousness of other charges and be considered an aggravating factor. Possessing a firearm can mean a minimum sentence of three years in prison. If you are charged with other crimes, such as robbery or murder in which a firearm was used, the minimum sentences are even more severe.

Those accused of illegal firearms offences may find a defence if their rights as defined in The Canadian Charter of Rights and Freedoms were violated in the course of the investigation.

If you have been charged with a weapons offence, Rishma Gupta will vigorously defend you. She has represented individuals charged with weapons and other criminal offences in the Greater Toronto Area (GTA) and throughout Ontario. Learn more about it in our Firearms and Weapons Defence page.